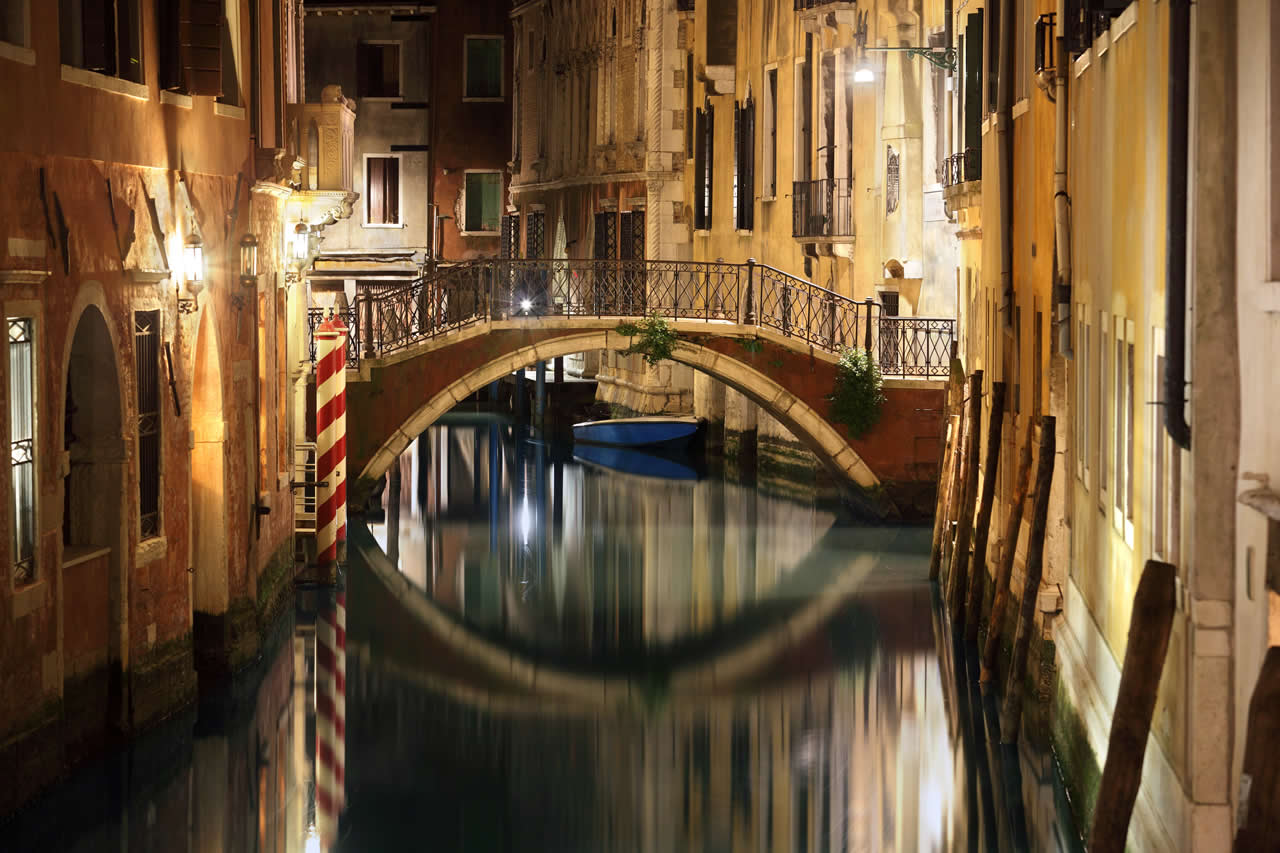 The History Of Venetian Blinds & Who Invented Them

You'd think that the description 'Venetian blinds' would be a dead giveaway as to the geographical location of their invention. Venetian = Venice surely, right?

It is, in fact, something of a mystery as to the exact origins of the Venetian blinds that you see hanging in many windows as you stroll down your local street, but the general consensus is that they actually originated in Persia. Whilst not a million miles from Italy, Persia is commonly regarded as the area in and around modern-day Iran.

There is also the distinct possibility that the very first Venetian blind was made in Egypt as it's well-documented that the Egyptians had been using similar, slatted blinds for centuries. The Ancient Egyptians made them from reeds whilst in China, strips of bamboo were a common alternative.

Anyway, as Venice merchants were prolific traders and always on the hunt for elaborate fabrics and scarce spices, it's assumed that their frequent interactions with other traders in the Far-East brought them into contact with this new-fangled way of covering windows. So of course, they traded their wares, took the new blinds home with them, and the rest, as they say, is history.

Paris, being the fashionable place it's always been, lapped up these stunning new window coverings and, if you can speak French, you'll be aware that 'Les Persiennes' is still what the French call them today. As Venetian blinds were found to be both practical and pleasing to the eye, the new fashion quickly spread like wildfire throughout the rest of Europe as well.

Whilst the location of the first true Venetian blinds is still shrouded in mystery, we do know that later examples were relatively common around the 1760s, often comprising of wooden slats attached to ribbons made from cloth.

Popular use of Venetians across the pond

St. Peter's Church in Philadelphia USA is claimed to have made use of Venetian blinds to cover its windows as early as 1761 and the world-famous General Electric Building (formerly the RCA Building) in New York did indeed use them after it opened in the 1930s.

Aside from a few tweaks and early patent applications to improve design and functionality, Venetian blinds remained largely unchanged for quite some time until a patent was taken out by John Hampson in 1841. 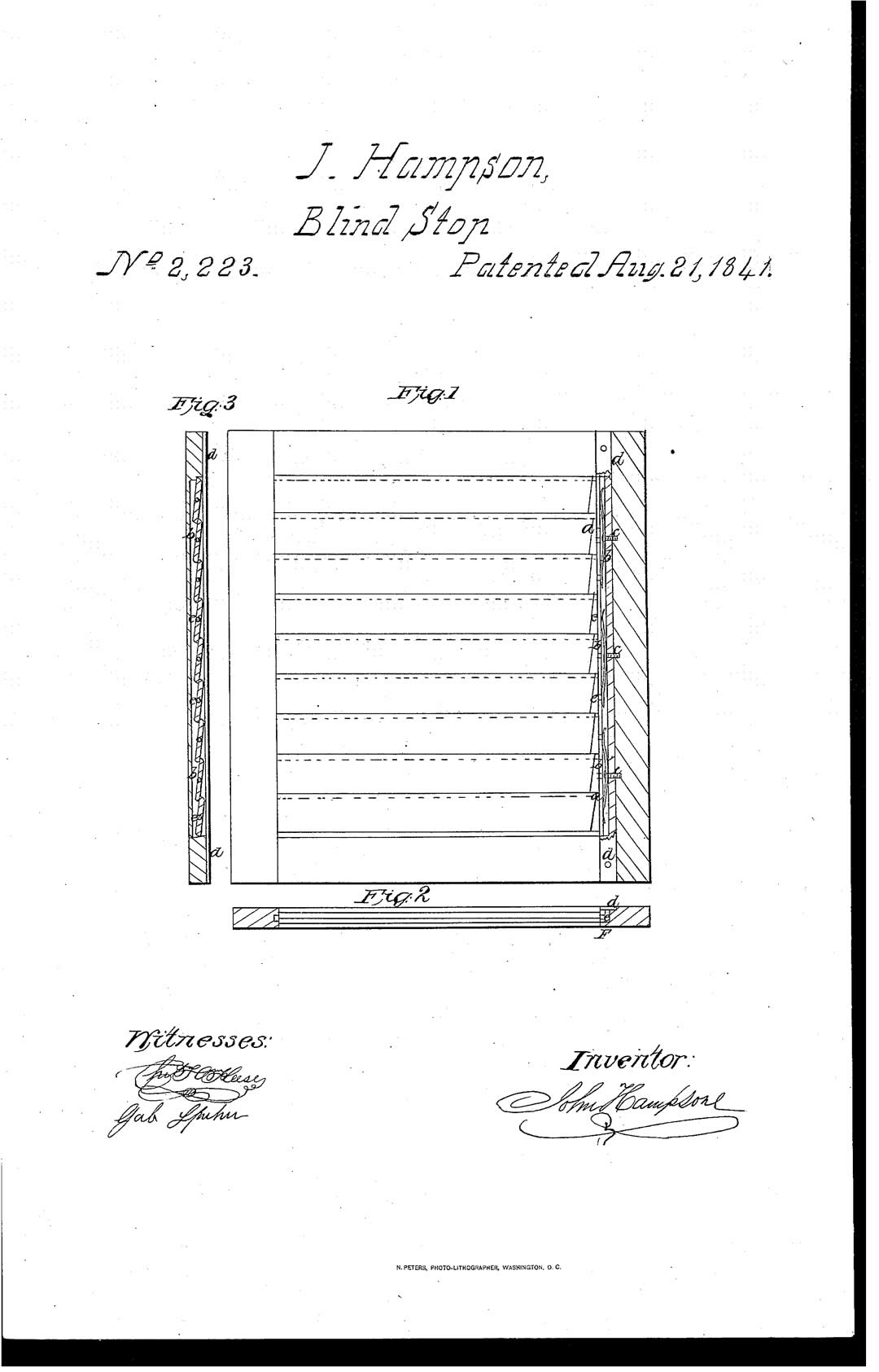 This really was a big step in design and as Hampson wrote:

To all who it may concern be it known that I, JOHN HAMPSON, of the city of New Orleans, State of Louisiana, have invented a new and useful Improvement in the Ordinary Movable-Slat Venetian Shutter or Blind; and I do hereby declare that the following is a. full and eXact description thereof....

As well as inventing the modern-day Venetian blind, Hampson was also a railroad engineer and Mayor of Carrollton in Louisiana. In short, he's the man who was responsible for the sturdier, tilting slats that we're now familiar with. His patent application mentions that this new design would prevent the blinds from:

rattling when used in carriages or railroad cars, and so that the slats will remain in any position which they may be placed in, without catch or stop, which can all be done with (comparatively) small springs. 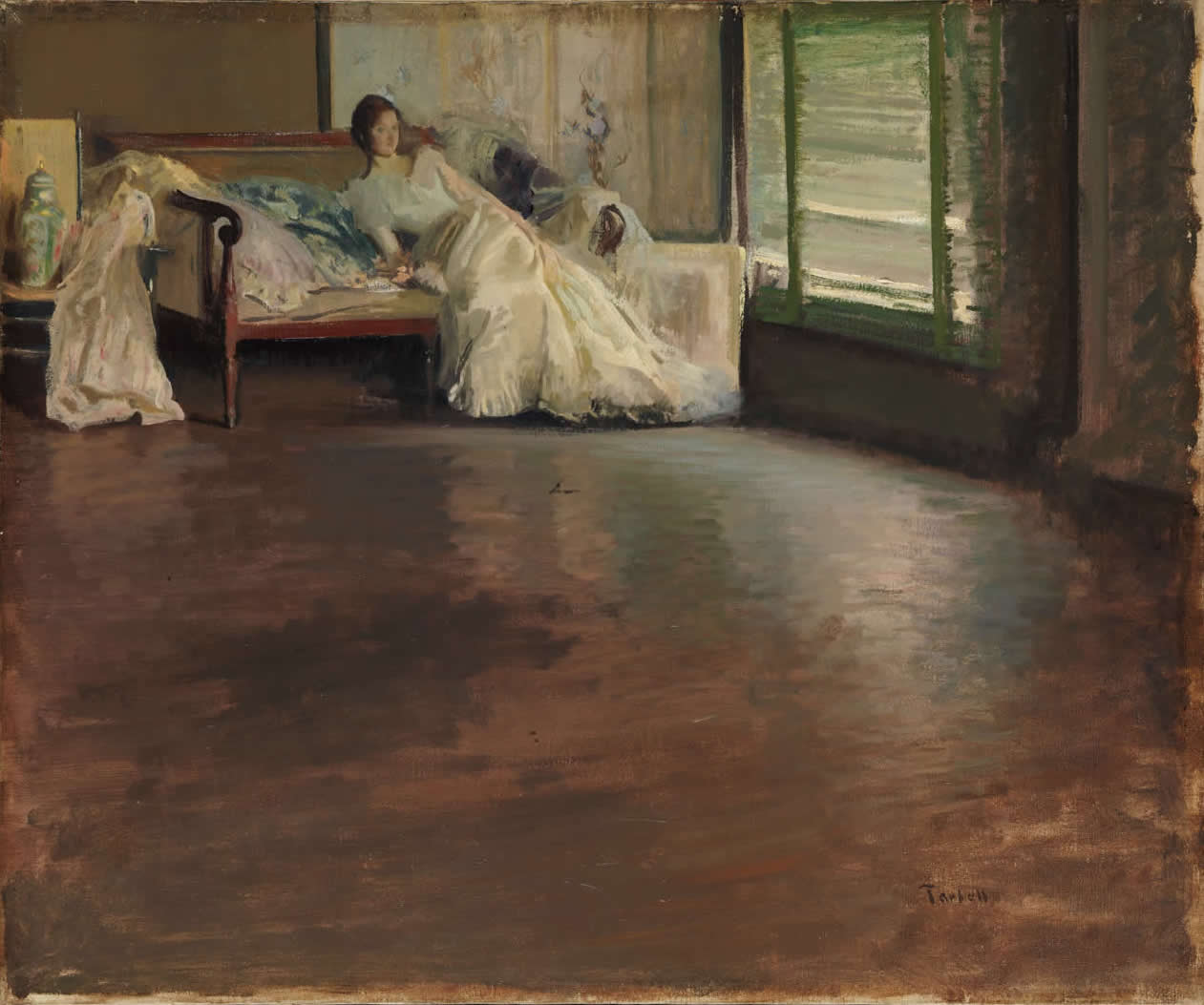 Needless to say, his invention was a huge hit and his design became the norm in homes and commercial building across the world. This painting by artist Edmund Charles Tarbell (1862–1938) was first displayed in 1899 and was originally called "The White Dress" but this was later changed to "Across The Room". It shows a leisurely, reclined women next to a Japanese screen close to a window covered with Venetian blinds. The painting perfectly captures the subtle light cast upon the polished wood floor by the partially open Venetians.

It seems that Tarbell was rather partial to paintings that included Venetian blinds as you can see in a second painting (aptly named The Venetian Blind) by the artist below. 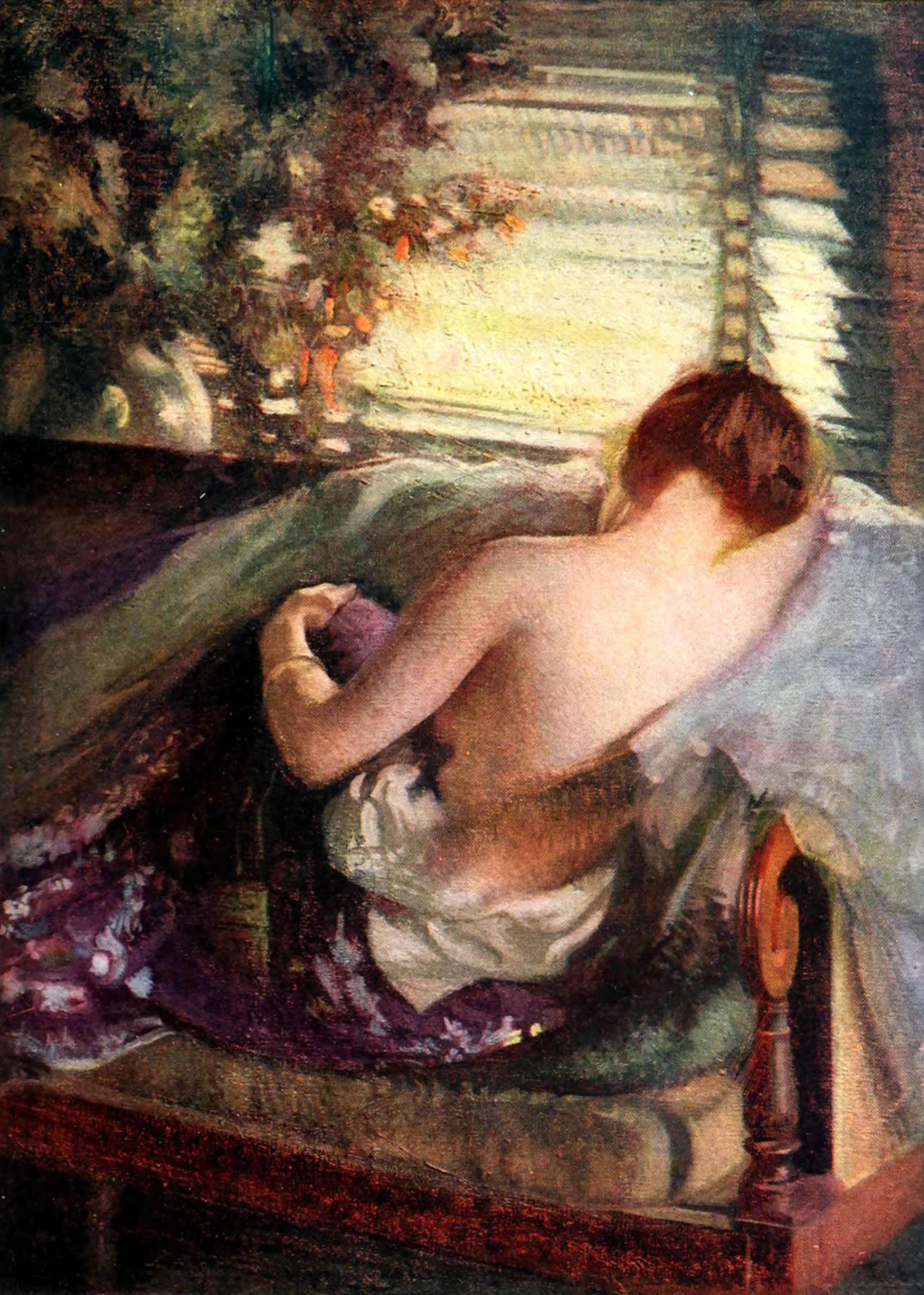 Today, standing on the shoulders of giants, Blindingly Obvious are able to provide you with a versatile range of Venetians blinds in either wood or aluminium so get in touch with us to find out how we can help you choose the right blinds for your home or business.

The revelation that Venetian blinds weren't invented in Venice has now got us thinking about other things with place names in. Now we're wondering if the Lambeth Walk can only be done by South Londoners, whether French kissing was really invented in France or whether our old friend, the Mars Bar was really manufactured on the planet mars - Oh where will it end!?!