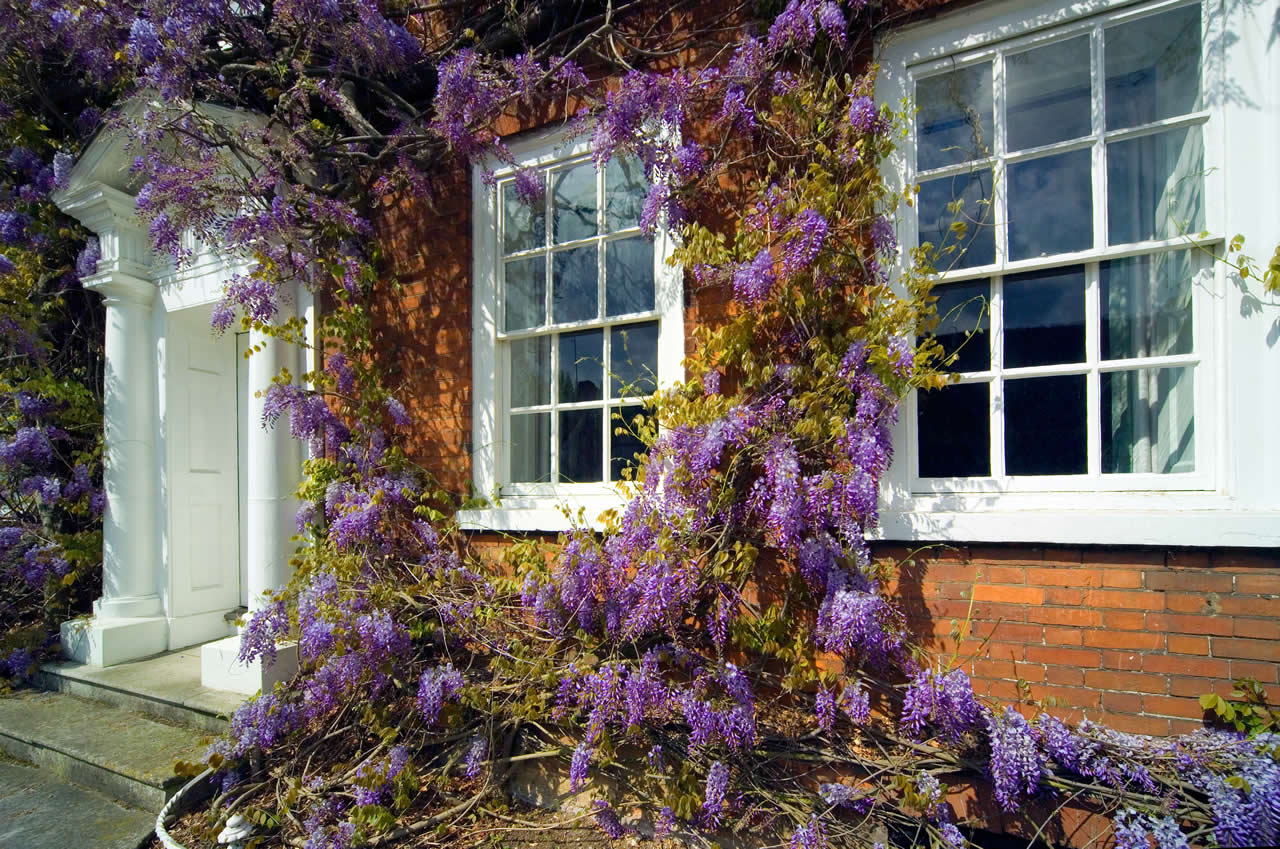 The History and Invention of Sash Windows

If you're a youngster, you may not know what a sash window is. In fact, you may not have even heard the term before. Since the aluminium and uPVC double glazed window revolution swept the country back in the 70s, 80s, and 1990s, original, authentic wooden sash windows have all but vanished in most modern streets. Many of us who are slightly older will no doubt remember those windy nights at home as kids, where our bedroom windows would rattle noisily in their frames as the draughty night air licked its way around the woodwork and chilled us to the bone as we slept in our beds!

What is a Sash Window?

Sometimes called a hung sash window or a box sash window, it's a window that has one or more movable panels (the sashes) that make a frame to hold the panes of glass. This can be one solitary pane or the sash can be divided into sections that are separated by glazing bars (sometimes referred to as muntins) often made from moulded wood which creates separate sections for multiple panes of glass.

Sash windows typically move vertically but the term can also be used for sashes that move horizontally as well. This style is called a Yorkshire light, sliding sash, or sash and case due to the counterweights being hidden in a box case.

Their function is fairly straightforward; the sliding sashes are normally balanced by a counterweight which makes them easier to open and shut. The weight is usually made from either steel, cast iron or even lead and is connected to a cord or chain. The cord/chain loops around a pulley at the top of the frame. Spring balances are sometimes used instead, but these are less common. To make them more aesthetically pleasing, all of this is hidden within the frame, which can cause problems if part of the mechanism breaks as you'd need to break open the case to fix it.

Sometimes only one sash moves (usually the bottom part of the window) but the window can also be "double-hung", in which case both top and bottom frames can move independently. This is great if you live somewhere very warm as having both open at the same time is a great way to get fresh, cooler air into your house - As hot air rises and cooler air sinks, the warmer air in the room will flow out of the top part of the window whilst cooler air flows in through the bottom, creating a nice circular flow of fresh air.

Whilst not common, some very tall windows that you'd find in stately homes and churches can even be triple or quadruple hung.

Unlike the modern uPVC windows that are installed as a matter of course during modern house construction projects, (sash or otherwise), traditional sash windows are made from slow-growing softwood as it tends to be more durable and if they're properly cared for, they can easily last several generations. If you want them to last, you have to treat them with plenty of TLC, meaning repainting them occasionally to prevent rot. A common problem is being a bit too slap-dash with the paint as it needs to be done meticulously to avoid painting them shut!

As mentioned earlier, they can rattle quite a bit in the wind too, especially in very dry conditions where the wood tends to shrink a little. This can be overcome by the use of draught strips or similar methods and I recall seeing the odd bit of folded cardboard strategically used here and there as a temporary fix in windy conditions.

Everyone loves clean windows and one distinct advantage that these older sash windows have over their modern-day plastic alternatives is that they're often much easier to keep clean. A typical double sash window will allow you to get your arm out of an upstairs window and clean each sash quite easily, which is a must if you're afraid of heights and don't fancy clambering up a ladder every couple of weeks.

A word of caution if you've moved into a home with traditional wooden sash windows - If you don't take sufficient care of them they'll rot, swell and/or distort so make sure you treasure them and treat them with plenty of TLC.

The jury's out on this one as no one is quite sure of their specific origin. The oldest surviving examples of sash windows can be seen in the UK just outside London at Ham House in Richmond Upon Thames, and their invention is attributed to prolific inventor/scientist/philosopher Robert Hooke. However, this is disputed by some who claim that sash windows are actually a Dutch invention. Wherever it was that they were invented, suffice it to say that they became extremely popular from the seventeenth century onwards with the majority of older, leaded casement windows being unceremoniously ripped out and replaced with the trendy new sash windows.

By the time we reached the Georgian Era (1740-1830), the design was already being refined and the "6 pane over 6 pane" design was most often used. Pulleys, ropes, and weights were being incorporated into the design which made it easier to open and shut with the advantaged of using the balancing weights with the sash window.

The Victorian era (1837-1901) saw more strides forward in design and precision. The Industrial Revolution meant that not only the glass but also the sash windows themselves could be manufactured more quickly and easily, which brought them closer towards the cost that the average man-in-the-street could afford. Designs became more intricate and ornate and it was no longer necessary to have to employ a skilled carpenter to make them. The evolution in glassmaking also meant that the window panes could be made bigger and they were cheaper to replace if they got broken.

As we mentioned earlier, one of the problems with older wooden sash windows is that they can be draughty, noisy and costly to repair/maintain. Whilst their charm and aesthetic value are important, they still lack some of the characteristics of their modern-day double glazed uPVC replacements. It goes without saying that your monthly fuel bill will be a fair bit cheaper if you have uPVC sash windows AND you'll seldom have to concern yourself with painting and maintaining them.

Even when undergoing a home renovation, it's certainly true that some people still dislike modern "mock" sash windows due to them being made of plastic and having fake, non-functional plastic muntins between the two panes. They can also be subject to problems caused by the sun and changing temperatures between summer and winter - They can crack and become brittle as one of the compounds used in their manufacture to keep them flexible slowly evaporates. So, regardless of them being more convenient than traditional sashes, they're sometimes not used even when the rest of the house is renovated.

Despite this, they're still cheaper, warmer, easier to fit and you can choose from a range of colours when buying them. Aside from them also being waterproof, all of these factors are the reason that uPVC or vinyl sash windows are by far the most popular choice in today's market.

If you have sash windows; old or modern, we have a range of stylish blinds that will perfectly complement their look and charm. Please get in touch to find out more.