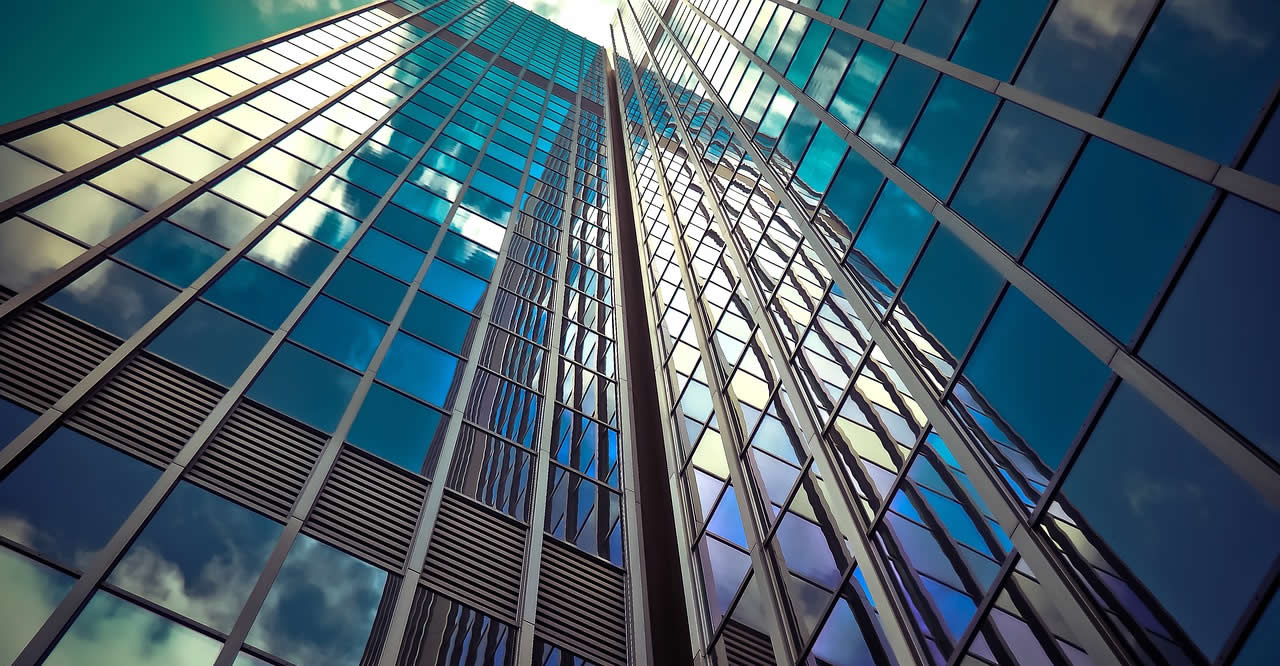 The history of glass and how it's made

Although we supply a range of blinds for all types of windows and doors, we thought we'd take a closer look at that thin, clear, seethrough stuff that comes between our internal blinds and the world outside... Glass.

In Italy, before glass became commonplace as a medium to seal windows and protect homes from the weather outside, Roman Blinds were commonly used instead. The Romans typically used a cloth soaked in water to hang over their open windows in order to prevent dust from blowing in, and also to shield the interior from the hot sun. Whilst these blinds bore little resemblance to their modern-day counterparts, the idea soon caught on and spread to other areas. Nowadays of course, all of our windows have glass in them... but, how did that happen?

The earliest recorded use of glass goes all the way back to the Stone Age. Our ancestors became aware of a substance called obsidian, an igneous rock that's formed when molten lava cools very quickly once it's spewed from an erupting volcano. The newly formed obsidian is typically black in colour, but depending on the trace minerals contained in the magma, can also be brown, green, red, orange, yellow or blue. It resembles glass insofar as it is smooth and uniform in texture.

Stone Age man soon realised that if the obsidian was shattered, it formed razor sharp, durable fragments that could be used as knives, arrowheads or spear tips. Due to its aesthetically pleasing appearance, it was also used as jewellery and even as a currency to trade or barter with.

It wasn't until much later that glass as we know it today was produced. Archaeological evidence suggests that the first modern-day glass was manufactured in the Middle East, probably in Syria, Mesopotamia or Egypt. Much of the ancient glass that exists in museums today usually comes from these areas, although it's believed that some of it may have actually been imported. As far as is known, the earliest glass objects were beads, and it may well be that these were the by-product from the furnaces of other industrial processes that were common at the time, such as metalworking.

Approximately five and a half thousand years ago (3500BC) in Egypt and parts of Asia, glass making really began to take off as the techniques used to make it were gradually refined. Aside from things like glass jewellery, beads and ingots, glass makers began making vessels, pots and vases by heating the glass and winding the long, rope-like thin strands around a shaped core. The core was made with a mixture of clay and sand and had a metal rod running through the centre.

The newly wound glass could then be made smoother and flatter by constantly reheating the metal core and reshaping the pliable hot glass. As the glassmakers wanted to constantly come up with new and innovative ideas, they would add elaborate strips of coloured glass and create various shapes with it. The vessels could then be rolled to press the newly added designs into the main body. Other, more practical features such as handles and feet were also added.

When finished, the core was left to cool down and when the glass had hardened, the core could be removed. Once gone, the sand and clay could then be dug out, leaving the finished article ready to clean.

It's thought that the manufacturing process was a closely guarded secret in most of the societies that were able to make it. Even the raw materials that were used to make it wouldn't have been common knowledge. This meant that glass ingots could be sold for a good profit to glass workers who would then melt them down and create finished products from them.

Due to the secrecy of its manufacturing process, glass remained a luxury item. However, by around 1500BC, production was common in parts of West Asia, Egypt and Crete. By about 900BC, the manufacturing of glass also spread to Greece and Syria and a handy manual containing details of how to make it, dating back to about 650BC, was discovered in the library of Assyrian king Ashurbanipal. The instructions detailing the steps and materials required to produce it were written on tablets in cuneiform - an early written language consisting of wedge-shaped indents pressed into clay.  It was also around this time that techniques were developed to produce clear glass, as it had previously been coloured due to the impurities in the raw materials and lack of refinement in the manufacturing process.

What have the Romans ever done for us?

You may recognize this heading from Monty Python's well-known film, "Life of Brian" where John Cleese asks his peers this very question. Whilst  "sanitation, medicine, education, wine, public order, irrigation, roads, the fresh water system and public health" all get a mention, glass does not. However, it was indeed the Romans who introduced the secret of modern glassmaking to ancient Britain. An account of how the Romans discovered glass was chronicled by Pliny the Elder (a Roman historian who lived around 2,000 years ago) who wrote:

The tradition is that a merchant ship laden with nitrum being moored at this place, the merchants were preparing their meal on the beach, and not having stones to prop up their pots, they used lumps of nitrum from the ship, which fused and mixed with the sands of the shore, and there flowed streams of a new translucent liquid, and thus was the origin of glass.

Whether this account is accurate or not, new methods for producing modern glass were certainly brought to Britain by the Romans and there's archaeological evidence of 5 glass furnaces discovered in Glastonbury, which suggests that glass was being extensively produced around 680AD at the site. It wasn't until the Roman Empire finally crumbled that the secretive technology of modern glassmaking finally became more widespread, making its way to Europe and the Middle East. 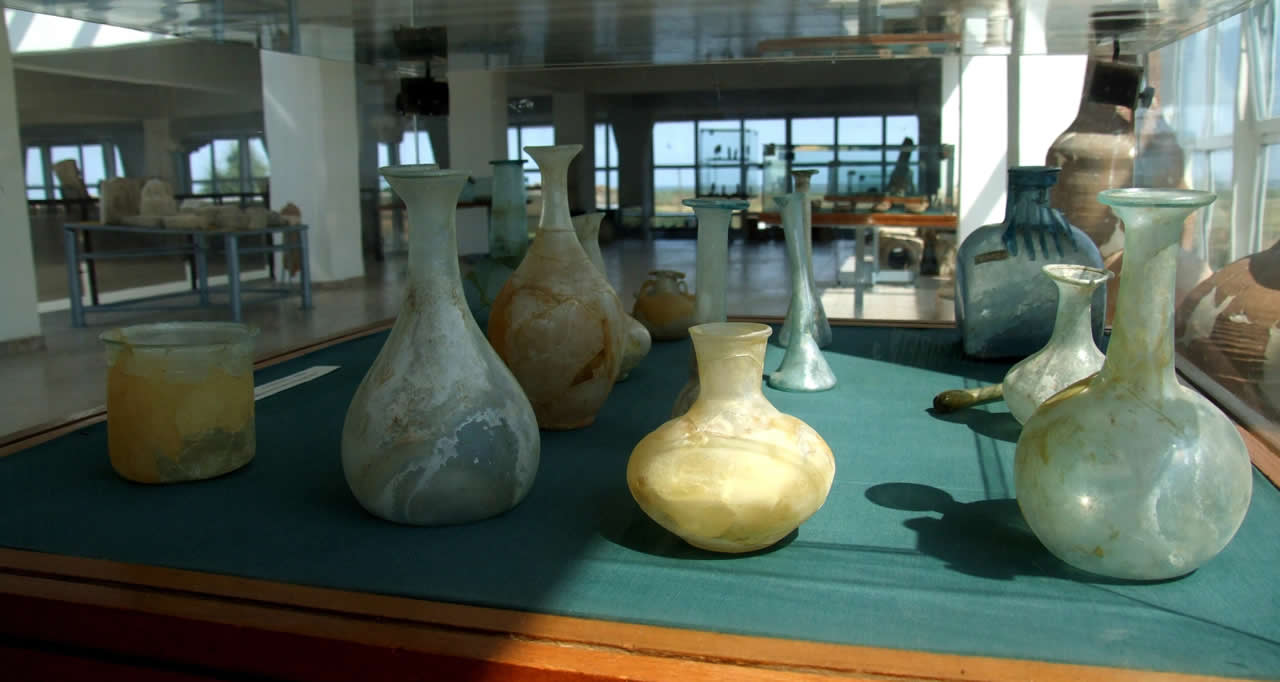 The Venetians were seen as skilled glass craftsmen and they gained a reputation not just for their skills, but also for their artistic ability in the making of glass bottles and other items. Many of them eventually left Italy to spread their wings throughout much of Europe.

The advent of glass blowing

Prior to this newly adopted technique of blowing the molten glass with a long pipe (similar to inflating a balloon), glass had been slow and expensive to produce. It's thought that the art of glass blowing first came to Britain around the 1st century BC, shortly after the technique was first invented. Blown glass became hugely popular under the Romans and it's claimed that the skilled craftsmen who had mastered the art would be held captive to prevent their secrets from becoming widespread.

Glassblowing was greatly favoured by the Roman rulers of the day and glass was being blown in many areas of the Roman world. The first large glass workshops were set up by the Phoenicians in Lebanon, Israel and Cyprus.

The work of the most skilled craftsmen was highly prized and much sought after. For example, a man named Ennion was one of the most prominent glassworkers from Lebanon, and in his day, was renowned for producing multi-panelled, mold-blown glass vessels that were highly decorative and complex in their shape and design. Looking at the picture below, you can see why he was so popular; Even now, and even though these are way, way out of my price range, I'd still love to see these items on my mantelpiece! 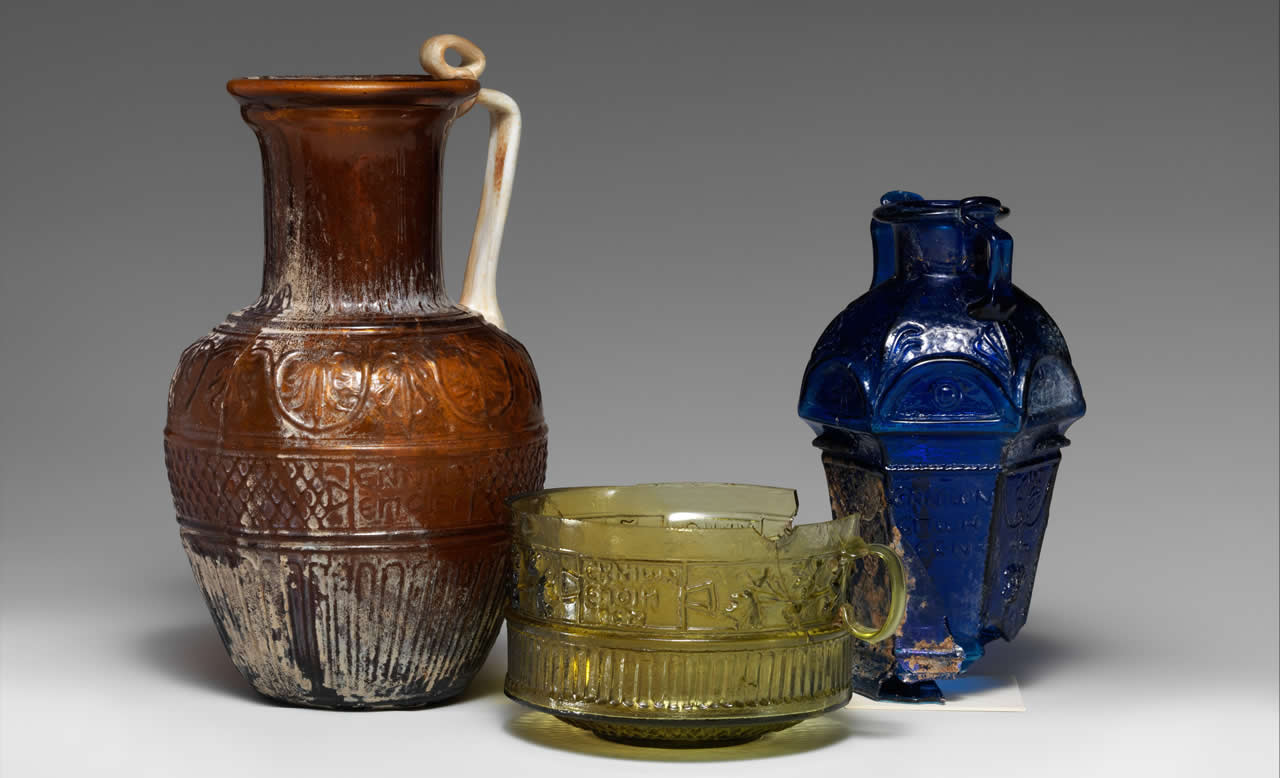 As you can see, the intricacy and complexity of their designs show just how skilled these guys really were, and this type of work, together with the skill required to make it, was shared by several other renowned craftsmen throughout the Roman Empire.

The invention of lead glass

Another evolutionary leap took place in 1674 when George Ravenscroft began to mass produce lead crystal glass. He discovered that, by adding lead oxide to the molten glass, it not only became easier to work with but was also softer at lower temperatures too. It also had another much-prized benefit; the lead oxide made it far clearer giving the glass a clarity and sparkle that had never previously been achieved. His newly discovered technique leapfrogged him to the top of his trade, outdoing Venice, the former centre of the glass industry prior to the 18th and 19th centuries.

How are glass windows made?

We're all familiar with the types of glass we can see in the windows of old houses and cottages. At the time, the technology for creating large panes of sheets glass hadn't been invented. Therefore, windows typically comprised of small individual panes that were joined together, usually with lead piping. Nowadays, large glass sheets can be quickly and easily mass produced and the building of the Crystal Palace in South East London was another milestone in the evolution of window making. Built by Joseph Paxton, the building was a technical marvel and the new building fired the public's desire to use glass for their home and horticultural (greenhouse) needs.

Whilst more refined, modern techniques for the large-scale production of glass haven't really changed that much. Today's windows are made in a largely automated process that uses several different types of chemicals and minerals. However, the three main key ingredients are:

In short, all the ingredients are mixed together and poured into a furnace that has molten (liquid) tin at the bottom.  As it's heavier, the tin doesn't mix with the melting minerals and the result is a perfectly flat layer of glass that is moved along a long line of rollers that allow it to cool very slowly. Once cooled, the ribbon is simply cut by machine into individual panes. The short video below gives a nice, bite-sized introduction to how modern windows are produced.

We supply and fit a wide range of custom, made to measure blinds throughout Kent and South East London. We're passionate about what we do, and although we love blinds, we're rather fond of windows too!