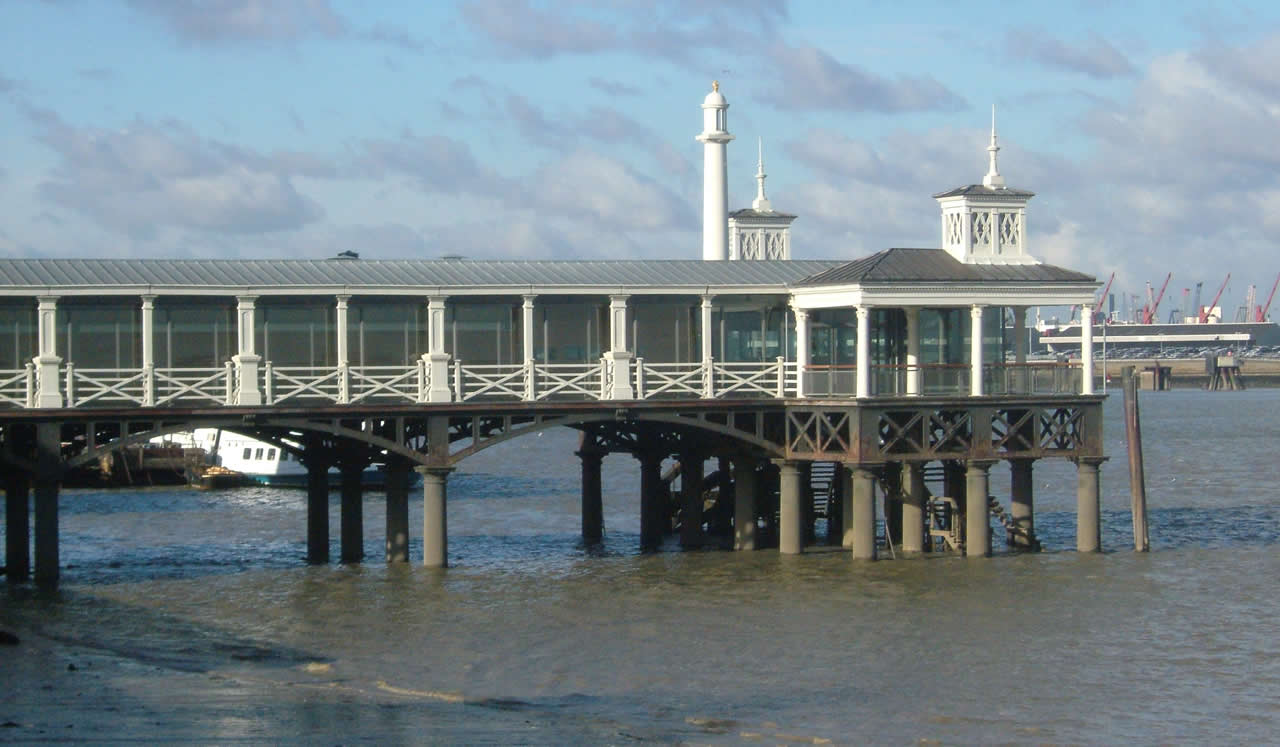 In a story that emerged on ITV News recently, it's reported that councillors have agreed to sell Gravesend's iconic Town Pier to a company called 'Uber Boat by Thames Clippers'. As we wrote some time ago, the pier has the accolade of being the world's oldest cast-iron pier and is also Grade II listed.

It's with mixed feelings to learn that this important piece of England's heritage will move into private ownership once the deal is complete but, on the upside, the pier may well once again become a bustling hub of daily commuter activity. The reason being that the new owners are considering extending the river bus network so that it reaches Gravesend, meaning commuters will be able to travel directly into London from the pier each day.

Thames Clippers started their operation in 1999 with a high-speed river bus service. The company grew steadily over the years and in 2006 AEG (who own The O2 in Greenwich) bought a majority share in the company. Then in 2020, they joined forces with Uber, hence the new name of Uber Boat by Thames Clippers.

A significant amount of money has been spent over the years to maintain the pier and in 2000, work began on its restoration by Gravesham Borough Council with part-funding also coming from English Heritage, English Partnerships, Heritage Lottery Fund, Kent County Council, and Manifold Trust. Two years later in 2002, the renovation project was completed and it's reported that the council have forked out an additional half a million pounds to keep it maintained. From what we can gather, the sale price agreed could be £1.5 million, or at least that's the amount the council have pledged to reinvest in the area.

What happens if there are future problems with the pier's upkeep?

A few conditions have been attached to the sale. One guarantees that the already-established Gravesend to Tilbury ferry will remain running and be accessible by the public, while another gives the council the right to buy back the pier if it's not well-maintained.

When we're not busy writing about topical news, we're out and about supplying and fitting blinds in local Gravesend homes.