In accordance with Government guidelines, our home advisory & blind installation service has been temporarily suspended for at least 3 weeks starting from Tuesday 24th March 2020. We will resume our normal fitting service as soon as it is sensible and safe to do so. In the meantime, please continue to browse our website and get in touch if you'd like free advice or have any questions during this difficult time.

How to cross the Dartford Crossing by bicycle (and it's free!) 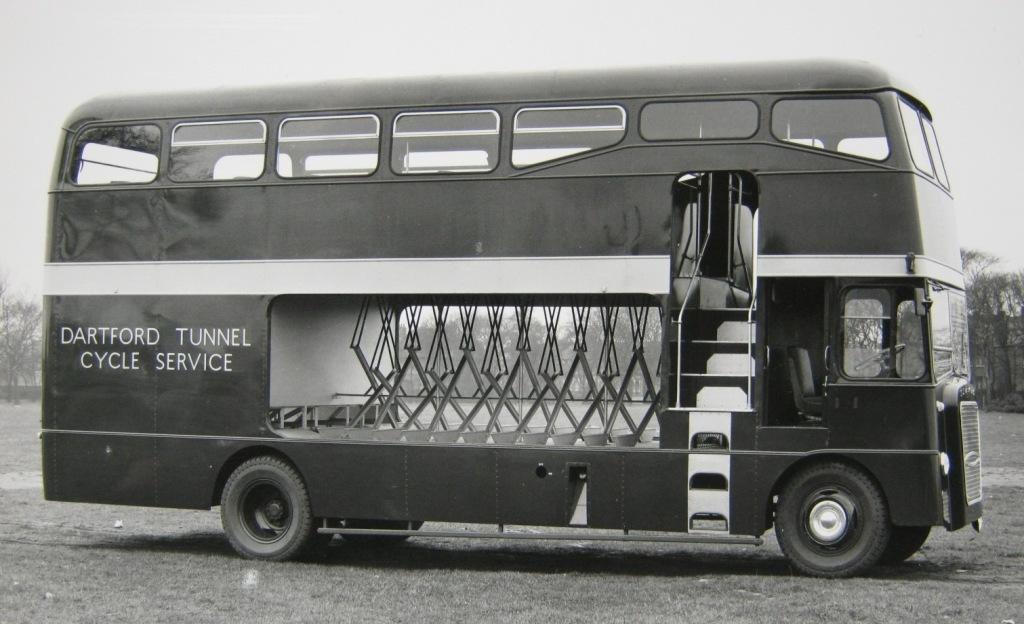 Here at Blindingly Obvious, we always like to dig up interesting stories about our local area and we found this one particularly quirky so thought we'd write a quick post about the weird bus in the picture.

Most people aren't aware that you can actually cross the Thames (both the Dartford Tunnel and the QE2 Bridge) by bicycle. Whilst push bikes aren't actually allowed to use the tunnel or bridge directly, cyclists can be transported across the crossing by the transport authority free of charge.

You don't have to book if your bike will fit on a standard roof rack but if you're in a larger group of more than 3 cyclists or have a non-standard bike that won't fit onto a roof rack (such as a tandem or a bike with a trailer), you'll need to contact Connect Plus in advance.

How to get across

In order to get across the Thames, cyclists must report to the crossing control offices on either the Kent or Essex side by using a free telephone service.

You can ONLY use the service at these times:

How long does it take?

There is usually a slight delay from using the phone service to book your ride to actually getting across and it's estimated that the total time to cross is typically about 15 to 30 minutes depending on traffic. It can take longer if there's been a road incident or there's heavy traffic.

What about the bus in the picture?

We found this quirky photo of a bus designed specifically to transport bicycles through the Dartford Tunnel. Built in October of 1963, it was one of 5 buses used to ferry cyclists under the river.

Built on a Ford Thames Trader chassis, the entire lower deck was converted for various sizes of pushbikes including tandems and tricycles. As you can see from the picture, the upstairs level was for the cyclists to travel in safety.

Access was via a peculiar looking stairwell to the upper deck starting several feet above the ground. Special platforms were built at both ends of the tunnel for cyclist to climb on and off the bus. A ladder was also built into the side of the bodywork for access elsewhere.

The cost of running the Dartford push bike service was estimated to be around £2,550 per month but it typically only brought in around £45 per month in revenue. Unsurprisingly, the service was reduced to a single bus in April 1964 and then cancelled altogether in 1965.

The bus was capable of carrying 23 push bikes in the racks you can see on the open lower deck whilst tandems and tricycles were put into an open boot. The bus could also carry a total of 33 passengers on the upper level.

To add to the cost and complexity of the operation, special loading ramps were built for the buses to pull up alongside, making it easier to get level access to load the bikes and for passengers to climb on and off the bus.

Once the Dartford Tunnel had been completed, it was thought that there would be enough demand for the bicycle carrying buses to be kept in operation. However, due to the lack of interest in the service, it was shelved only two years after it began.

After purchasing 5 bespoke buses, together with staff and all the other associated costs, the original service was replaced with a Land-Rover with a trailer attached!