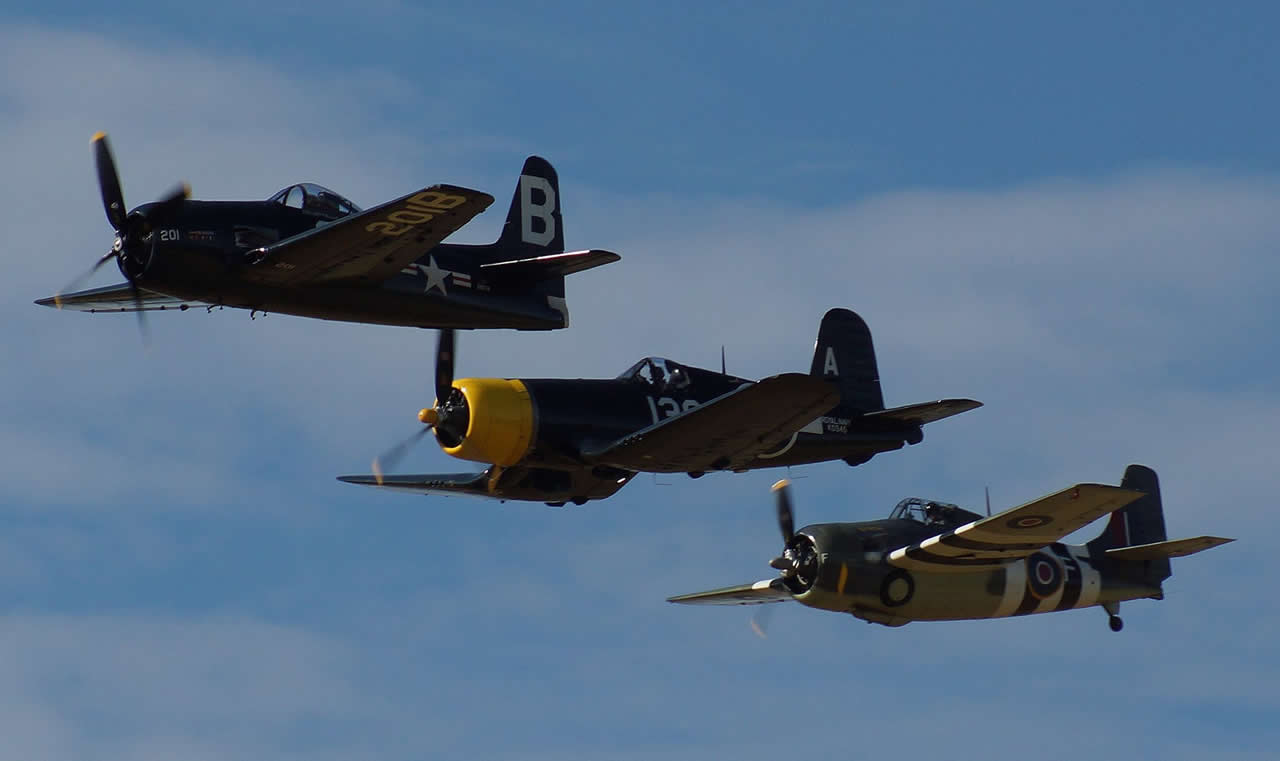 **Please note - We're not affiliated with the Biggin Hill Airshow in any way (we just love planes!) so we're unable to answer any phone or email questions you may have about it.

If you want to book tickets right away and don't want to scroll down to find a link, head on over to the official ticket sales website now.

Since the 1960s, the Biggin Hill airshow was a defining part of every summer for local residents and the skies were always filled with a huge variety of different aircraft.

At one time, The Biggin Hill International Air Show (or Biggin Hill Festival of Flight as it's now known) was one of the biggest airshows in the world, and certainly the biggest one of its kind in Europe.  However, things came to an abrupt end in 2010 and the summer skies over Biggin Hill became much quieter as a result.

Fortunately, a much-needed resurrection took place in 2014, with a new, scaled-down version of the original classic air show and is now dubbed 'The Biggin Hill Festival of Flight'.

Two years ago the show was a bit special as it was the airport's centenary; it's hard to believe that Biggin Hill has been around for over 100 years!

Last year was the 100th Anniversary of the RAF.

Now in its 6th year, the new event is still a must-see attraction for Kent residents and those prepared to travel from further afield. Originally scheduled for just one day, the new event now spans 2 days, covering 17th and 18th August 2019.

It was originally held around the end of June but has now been moved to later in the summer which will hopefully help with the weather, which hasn't been particularly kind over the last few years.

Biggin Hill Prices / Entrance Fees - How much does it cost?

The sixth year of the show in its new guise now spans 2 days. The price this year for 2019 is the same as last year's price and the standard ticket price is the same for either Saturday or Sunday. For those over 16 years of age, the ticket price (valid for 1 day only) is £23.50 as long as you book in advance. If you leave booking too late, you may have had to pay the non-discounted price, which we think will be in the region of £29.

For kids under 15, the good news is that 2 of them can get in for free if they are with an adult (i.e. 2 kids free per 1 adult). Also be aware that no dogs are allowed (except for Guide Dogs for the blind / Assistance Dogs) but there is disabled parking (subject to availability).

For those who can afford it, there are also child-friendly Hospitality Tickets and the gold package will include a vegetarian and vegan option. There will be a kids' barbeque (ages 5-15), a sumptuous marquee with its own garden and a bar for the grown-ups. The Hospitality package includes a separate entrance and car park and also has executive toilets.

What you get for your Hospitality will depend on the amount you pay. These types of tickets range from £25 (for kids  5-15 with the bronze package) up to £115 for an adult-only Sunday Gold ticket. Please be aware that these types of tickets are limited so it's best to book early as they may well sell out before the date of the airshow.

In previous years' free parking to Biggin Hill airfield has been included if you had a valid ticket, so you weren't stung with any additional, unexpected costs when you turned up at the gate - We can't confirm that this is the case this year so it may be wise to make your own enquiries prior to booking for 2018 if this is something that concerns you.

Warning! - Don't turn up without a ticket

According to the official ticket website, you can't gain access to the air show on the day without a valid ticket; they HAVE TO be bought in advance.

Where can I buy tickets for the Biggin Hill Airshow?

If you head on over to the tickets website, there are full details of how to purchase your tickets online together with prices for the various packages.

What's on for the 2019 Air Display? A list of Aircraft 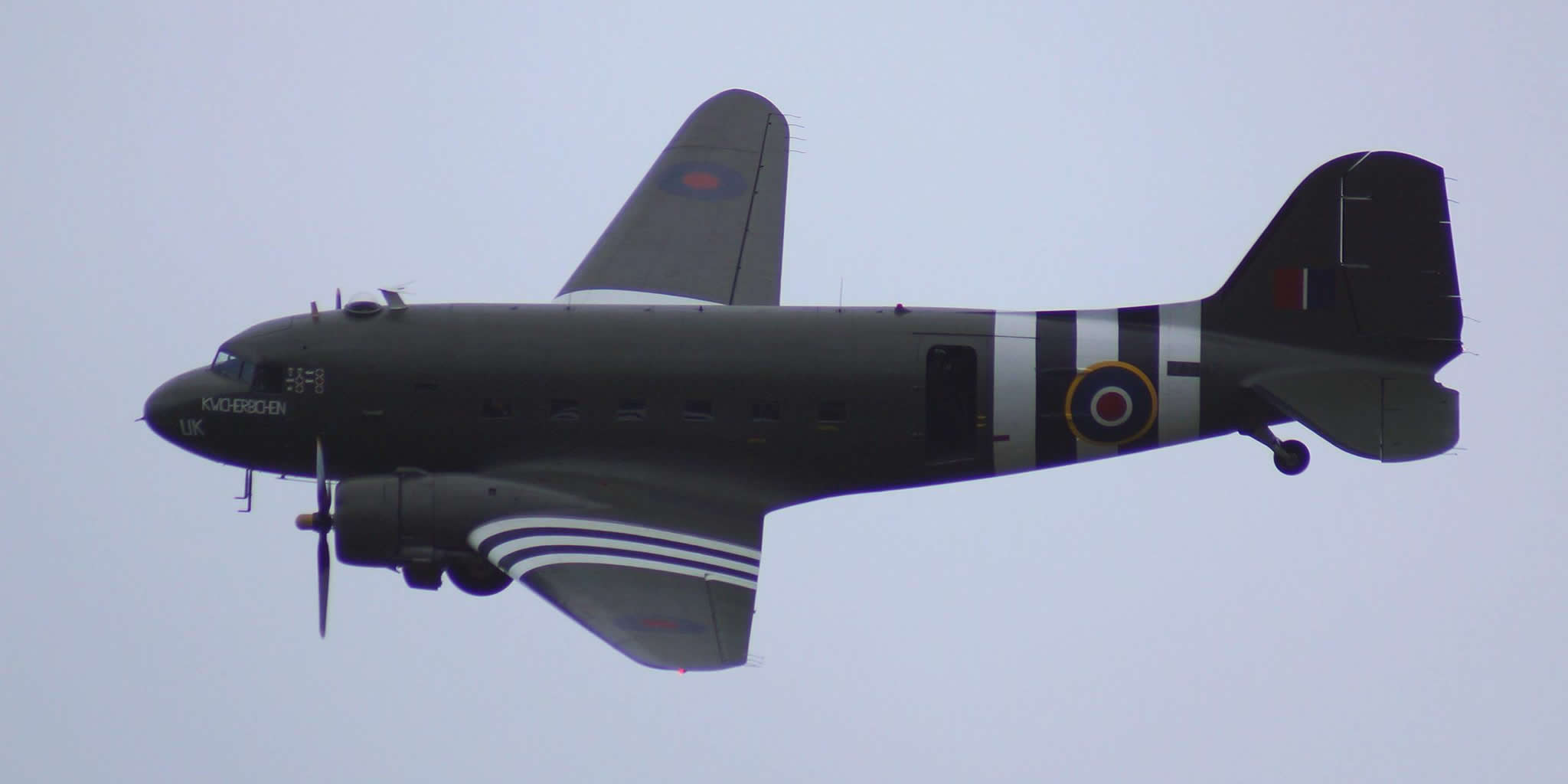 So far, for 2019, quite a few have been confirmed (weather and technical stuff permitting). So far we've got:

If you want to keep your finger on the pulse and check for additions to the list above, head on over to the Biggin Hill Airshow 2019 page to check for any additions.

There was huge disappointment at the 2017 event when it was announced that aircraft with Merlin engines would not be appearing at both Biggin Hill and the Eastbourne Airshow. This was due to a fault being discovered with a single engine, leading to all of them being grounded.

If you head on over to the British Airshows website, you can see the current list accompanied by thumbnail pictures of most of the aircraft that will be there in 2019.

History of Biggin Hill and the Airshow

Squadron Leader Jock Maitland had the bright idea of purchasing a lease to run Biggin Hill Airport from Bromley Council in 1958. A few years later in 1963, he started the Biggin Hill air show.

He'd already flown Sabres in Korea before retiring from the RAF and went on to start a small charter company to run pleasure flights from Ramsgate Airport in the late 50s and early 60s.

The Council takes over in 1988

The council privatised the airport in 1988 and it was subsequently bought by Biggin Hill Airport Ltd in 1994. A 25-year contract for the Biggin Hill Air Fair was then agreed upon. 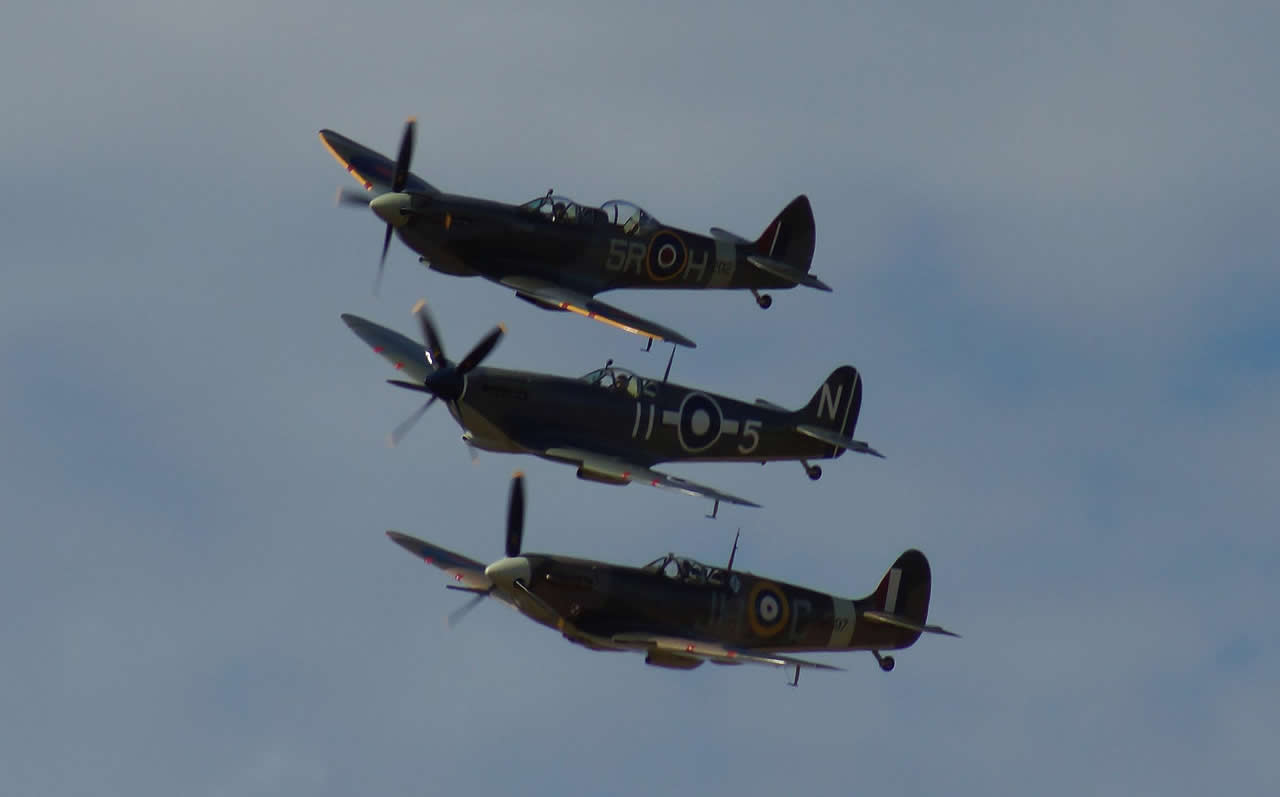 Photo with kind thanks to Terry Ryder

Despite being due to run until 2013, the leaseholders cancelled the agreement 3 years before its natural expiry. At that time, the air show had been running for 47 years but this brought things to an abrupt halt.

Rising from the ashes

2014 saw the rebirth of a scaled-down version of the original event and was rebranded as the Biggin Hill Festival of Flight. Originally running for only single Saturday, it was limited to 15,000 spectators and was intended to showcase Biggin Hill's historic past alongside its value as a modern, thriving airport for commercial customers.

The Red Arrows Will Not Be Appearing This Year

Many of us living in Kent will be familiar with the sight of the Red Arrows flying over us several times throughout the summer months as they put on displays at various airshow throughout Kent, its neighbouring counties and indeed, the occasionally Central London celebration flypast.

They're typically always one of the main attractions at many airshows and Biggin Hill is usually no exception. Unfortunately, due to touring America and Canada they will not be appearing this year. They appeared at the 2014 air fair and were also celebrating 50 years of their acrobatic air displays. It's also worth mentioning that Biggin Hill was the location of their very first display way back in 1965.

Biggin Hill was a well known and historic station for fighter planes in WW2 and it's well known for its part in the world-renowned Battle of Britain. It stayed operational throughout the war despite being a main target for attack from mainland Europe. At the start of the war in 1939, a squadron from Biggin Hill shot down their first aircraft of WW2, a Dornier Do17.