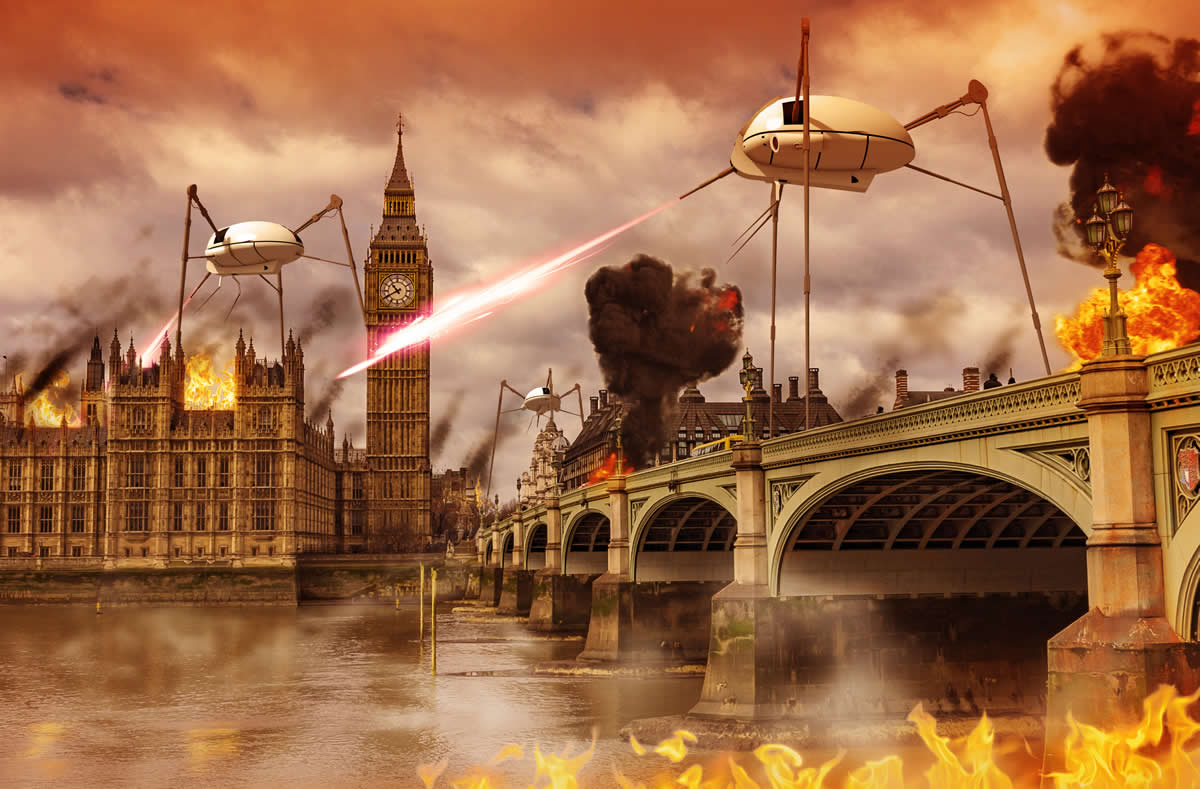 H.G. Wells was born in Bromley... but didn't seem to like it much

Most people have heard of H.G. Wells. Even if they haven't, they may still be familiar with at least one of his three main works of fiction, namely - The Time Machine, The Invisible Man or his epic (and probably most famous piece of work) The War of the Worlds. If you're a Wells fan, you'll no doubt recognise the 'tripods' in the lead image of this article, who don't appear to be very happy about getting a ticket for using the bus lane at Parliament Square!

Over the course of his life, Herbert George Wells lived in a few different locations but was actually born at Atlas House (now a Primark store) in Bromley High Street, Kent. Described as "one of the remarkable minds of the twentieth century", he was born on 21 September 1866. The last of four children, Bertie (as he was known to family and friends) lived in Bromley up until his early teenage years and moved away at the age of fourteen. 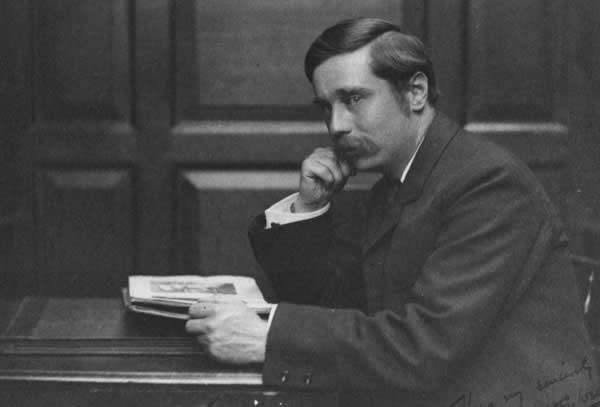 His mother Sarah was a domestic servant at a seventeenth-century house in West Sussex and his father Joseph was the head gardener at the same location. Following a modest inheritance, they were able to buy a shop selling china and sporting goods in Bromley, Kent. Joseph was a keen cricketer and played for Kent but his earnings were poor, as was his income from the shop. In his autobiography, H.G. Wells describes his time at the shop where the family lived:

"We lived mostly downstairs and underground, more particularly in the winter".

Wells Turns Down 'Freedom of the Borough of Bromley' Offer

It appears that Wells' poor upbringing in Bromley led him to not like the place very much! This becomes apparent in a letter that was discovered by a Kent archaeologist in a copy of one of his books where he writes about receiving the offer. In it, he mentions that he had already received the same distinction from the City of London and Brussels, and therefore had no need to add Bromley to his collection.

in his reply to the committee of dignitaries who offered him the freedom of the borough of Bromley he actually writes:

The letter (along with one of his teeth removed by his dentist) was displayed locally at an exhibition hosted by Bromley Museum in January of 2011 and shortly after in Sevenoaks Library, where Wells stayed for a while with his second wife to be, Amy Catherine Robbins. Sevenoaks is also the place where he wrote his first novel, The Time Machine. As he wasn't married to Amy, this upset the landlady of their Sevenoaks lodgings and, as he often stayed up late at night to write, she also complained that he used too much lamp oil.

He is also known to make other more direct unsavoury remarks about Bromley, calling it a:

So, it appears that although Bromley still loves Herbert George "Bertie" Wells, he wasn't so keen on it!

Although we're a window blinds company covering Bromley, we also love to write interesting stories about the history of the areas we cover.